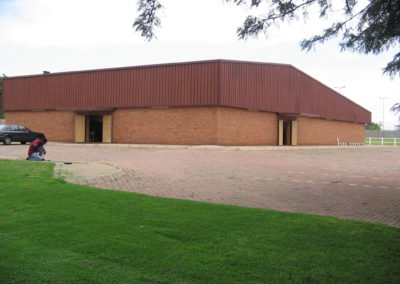 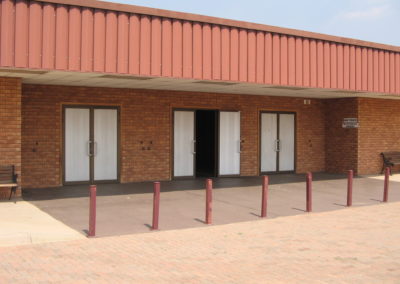 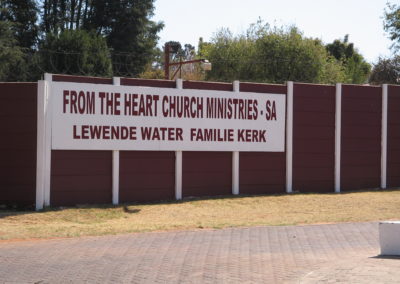 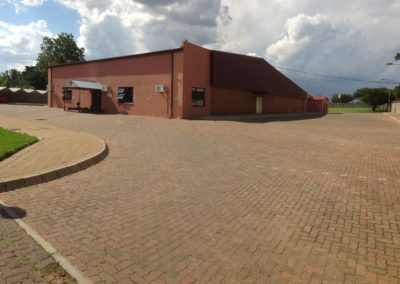 Both Pastor Tinus and Reverend Judy Marais gave their hearts and lives to the Lord in 1987. The calling which God had for them was soon confirmed and in preparation thereof (unawarely) they continued to faithfully serve the Lord at their local church.
Five years later (1991), God moved in both their hearts to leave all things comfortable and familiar behind and take up an assignment to work with abandoned and abused children at a Christian childrens Home in Johannesburg. During this time, Pastor Marais continued his secular occupation while Reverend Judy forfeited hers in order to pursue this ministry, which they continued until 1996.
Gradually, God started to reveal His plan and call on their lives as they obeyed His voice. In 1994 Pastor Marais enrolled with a Bible College, and with the practical experience gained at the childrens home, they were both becoming well equipped for the next phase of this call. Pastor Marais later resigned his occupation to join a family concern, allowing him time to finish his studies and pursue his calling.
At the end of 1996 their term at the childrens home came to an end, and through an unction of the Holy Spirit, received by both Judy and Pastor Marais, instead of returning to Pretoria, they relocated to Roodepoort on the West Rand of Johannesburg. While attending Bible College, Pastor Marais started a businessmen’s fellowship in a West Rand shopping mall on Saturday mornings. During this time he also saw a great opportunity to start a Youth Ministry in the same facility, but God had something else in mind!
After 8 months of waiting on the Lord’s direction, and visiting thirteen churches in the area, they joined a small church which was conducted in the hall of a local school, where they soon became part of the leadership. Upon resignation of the local pastor a few months later, Pastor Marais was approached by the then leader of Agape Ministries International, Reverend Filmalter to take up leadership of the church in Roodepoort. In January 1998, Pastor Marais was officially ordained as the Pastor of Agape Ministries International, Roodepoort and during that same year, after having moved from the school hall to a tent facility, membership grew from 30 to 110.
In 1998 they moved into a rented building where they remained for 4 years and membership grew to approximately 250. When Reverend Filmalter suddenly passed away in 2001 at the age of 67, the whole Agape Ministries International group was placed in a leadership crisis and after various meetings it was finally agreed to release all the local churches to prayerfully consider affiliating with other church groups. A.N.I. was dissolved and the church then became “Living Waters Family Church”.
Finally in 2002 they moved into their current facility which they later purchased, and it became the first property to be owned and registered in their name. In a truly divine way, during July 2003, God connected Past. Marais with From the Heart Church Ministries in Washington DC and at the very first encounter with the “Reformation Message” taught by Episcopal Pastor John A. Cherry. Both Pastor and Reverend Marais knew that God had brought them “home”. They found their answers and the substance they’ve always desired. They returned to South Africa “changed” and at the same time “challenged”. The greatest challenge ahead of them was to bring change to a congregation that was very comfortable with the “faith” and “prosperity” teachings. Pastor Marais took them through a very slow process, teaching them to “rightly divide the Word” and the “reformation message”. Pastor and Reverend Marais travelled annually to the Parent Church to receive training and perfecting, and in 2007 they were ordained as Elders and Overseers of From the Heart Church Ministries of South Africa©.
From the Heart Church Ministries of South Africa© was officially registered in 2008 and during this time the Episcopal Pastor John A. Cherry paid several visits to South Africa to assist in strengthening and perfecting the church.
The work which God started in South Africa is part of a world-wide network of From the Heart Churches on five continents of the earth, include the U.S.A., Canada, South Africa, Ethiopia, Eastern Europe, Western Europe, Indonesia, India and South America.